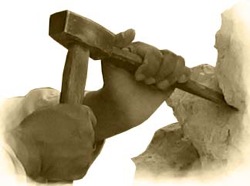 It’s been a few weeks since my last post, and I wanted to let you know that in that time, “Where To?” has been evolving into becoming more of a FutureTap title. A couple days ago, we released the 1.6 update. This new update adds “Shake for Surprise” and on-the-fly translation among some minor improvements. These were done with the help of Sophia, who I think has done a really incredible job with this update. Details of why the original creator of the app is still working on it, after it had been sold to FutureTap, are here.

However, the update isn’t the only thing that is new. We’ve also been encountering something strange in the App Store, which should serve as a warning to anyone else needing to transfer an App from one developer account in iTunes to another. Apparently, the idea that ownership of an app, including it’s list of customers (to receive free updates) can change, never occurred to the creators of iTunes or the App Store. It seems that transferring ownership of an App is extremely difficult, if not impossible, to do in the App Store. As a result, Where To is still listed as being sold by Sophiestication Software (see update below).

This situation has created a ton of headaches for us. On one hand, it can cause confusion for potential buyers, who may search for the App under the FutureTap brand. For the developer, it means that the creation of new Where To releases always requires special steps for Sophia to take, such as signing with her certificate. Sophia has been extremely accommodating in helping us for whatever we ask, but the inconvenience and hassle seems so unnecessary. Our change request with the Apple iTunes team is now exactly 2 months old. We’ve been told that it will be resolved soon. (Still) keeping my fingers crossed!

Update on May, 20: The situation is pretty much unchanged. Only the seller name is indicated as “Sophiestication Software” for some time now. Sophia finally managed to change the name to her company name after the split of tap tap tap.

Update on June, 23: We resorted to pull the app from the old account and publish it as a new one. See “Transferring an iPhone app: last episode” for details.